We were at the New Game Designer 2014, in Milan – our first official appearance at a trade show: 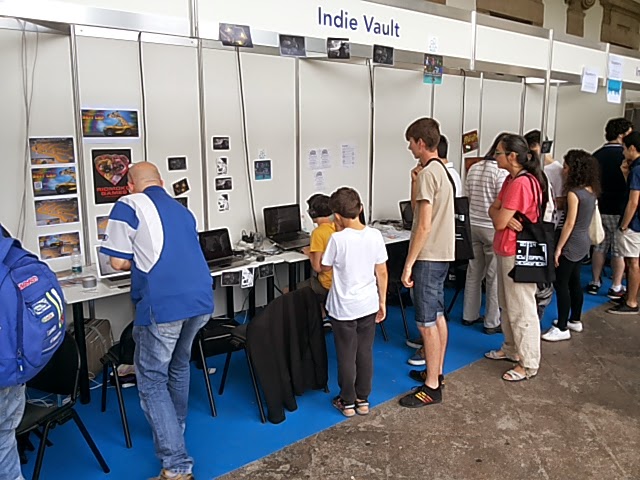 We had some great time with the other developers and the occasional players which seem to enjoy a lot THE BODY CHANGER – we were impressed. Some were very curious and excited to try it (see the pic 😉 ) and it was nice to chat a bit with the people and watching them play.
If you like, more photos can be seen on our official Google plus page.

Now that THE BODY CHANGER is greenlit we are back on the game development, so it’s time for a new update, don’t you think? 😉
We are now on another new Sector, which has some new and very different puzzles then the usual stuff:

We had also designed more puzzles for the next Sectors – I must tell ya, we were very inspired. 😉 but those are for the future news.

So that’s all for now, please remember 😉 to tell your friend about the THE BODY CHANGER in case they have missed it – the release date is coming (maybe) soon ^_^.
Cheers!