we have released a new updated DEMO for THE BODY CHANGER, you can download it from STEAM or from IndieDB or directly our STORE PAGE – of course for WINDOWS and LINUX:

Which is a great result.
Please download the game and give it a try and remember that we are in the STEAM HALLOWEEN SALE. 😉

DONE! The game is finally complete!

Tomorrow we will upload a new version on STEAM! The game has soooo many changes that it will force new save-games (will do it automatically), old ones are now obsolete.
This version has also a lot of fixes, new hints, new rooms and more cut scenes plus a complete new feature which is a new MAP SYSTEM, related to the collectable-items. You can see on the map where your current SynB and the other SynBs are at any time and see also other informations about the sector.

We have also complete the IT localization and all the arenas are ALL DONE and READY to play – you just need to find out how unlock them 😛
The game modes for the arena mode are still 3 and for each one there are 3 different sectors with a different weapons asset – for a total of 9 different arenas.
Some pics:

The loading time for any arena was also reduced drastically – you will see. 😉

That’s all, hope you are happy for the news and we hope also you will play and enjoy and then spread the word!
For any feedback or problem remember to write on the official game HUB!

Thanks a lot, have a great week end and take care!

Last week you saw the new Sector-08 with screens from first part, today we want to show you some new progress.

Thanks to more testing the first part that you saw changed a bit. We removed a collectable key because it was useless, on gameplay side, re-ordered some invisible triggers and balanced the enemy-groups spawn order again. Why again? We decided to introduce here a new bonus for the Ighel SynB because the action oriented direction of the puzzles was sometimes a bit frustrating with the characters change, during the enemies attack. This is one of the common case where you think and design a game situation with all the details in mind (time, single action duration, rooms size, stuff inside…) and then, when you finally build it, you find out that something didn’t work that much as expected. But with the new bonus the situation flips and we must say that it really kick ass and it’s amazing how nice the multiple SynB use works now, while under attack!

On the first major puzzle we make the introduction more intuitive and added on a “special zone” some graphical hints, so it should be clear for the player what to do and we change a bit last part that was in some way skippable in the first version. The following puzzles changed with the elements timing and the enemy numbers and were adapt in some parts with the new bonus in mind. The final result is really very well balanced: you should now fell that if something didn’t work and you die, it’s your fault and not the game, you just need to try a better strategy or find a better way to defend and solve.

And the second part with the puzzles where the Nexus will be on the lower floor while the Ighel will run on a higher floor:

We would like to share more but we are really on the SPOILER limit… even with what was shown. 😉

So, it’s time for some Holidays, so we 2 from TheShortAndTheTall would like to say

And, of course, TKS SO MUCH for all the support you gave us! A bit hug to you all!
Before leaving here’s a tiny gift for you all, some nice avatar-icons, just click the image or here:

2015 will be GREAT with the final release of THE BODY CHANGER!

(And don’t forget that THE BODY CHANGER is still on SALE on STEAM!  😉 )

today we meet for the weekly point-of-the-situation and we are finally on the new Sector – slowly but we are on it. Even if it’s winter we will still continue with the development, maybe even more then usual. 😉
For the STEAM gamers here are 2 previews of the game cards:

Other are done and soon we will finally put them into the game.
Another thing: last demo version, 0.5.25,  had a BUG with the V-Blade on the STORY MODE. It’s fixed and ready to be downloaded on IndieDB and also for the Desura users.So if you have demo 0.5.25 please download version 0.5.26 .

Until next time take care and have some great plays.

PS: remember that THE BODY CHANGER is on SALE on STEAM! Spread the word! ^_^

So, time again for another SALE for THE BODY CHANGER, but this time on STEAM for the HOLIDAY SALE.

Jump now on STEAM and buy it right now and spare some bucks!

And if not sure, download the FREE DEMO and give it a try 😉

Just for this week end THE BODY CHANGER is on SALE so, until Monday, grab a copy and remember that the STEAM KEY is included!

In case you are not sure how AMAZING the game is, download right now the new DEMO today, version 0.5.25, that has lot of improvements like the NEW HUD and, most important thing of this version:

a FREE ARENA MODE to try!

Remember: the sale will end Monday so do the math!
Here’s a video from a follower where you can see what’s to expect from the ARENA MODES: 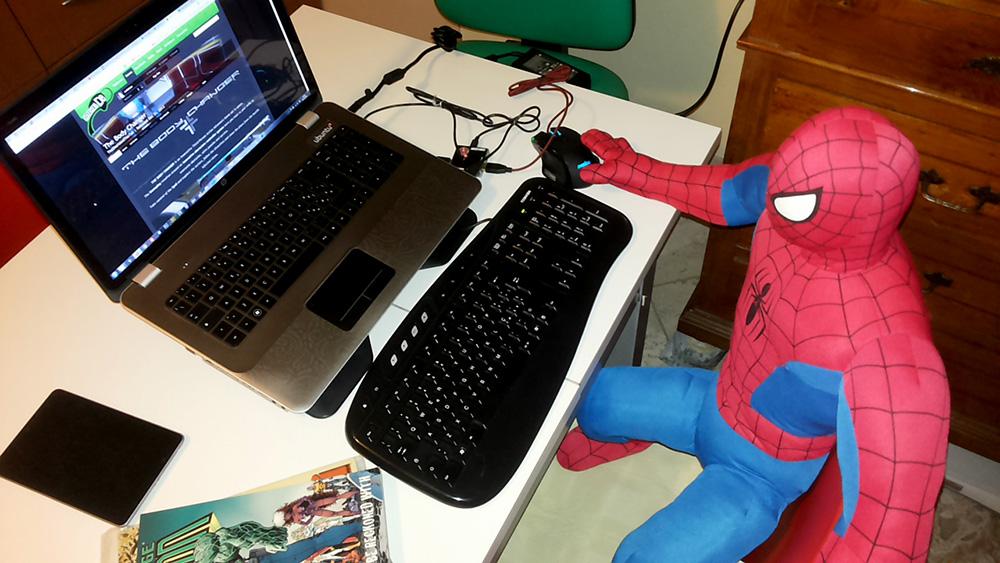 So now what? Nothing, because of course it’s not ended here, so:

PLEASE support in this SECOND ROUND and make
THE BODY CHANGER IndieDB game of the year 2014!
TKS SO MUCH in advance!

Hi people,
on IndieDB it’s time for AWARD with the INDIE OF THE YEAR 2014.

Also THE BODY CHANGER is in list so, if possible, please vote for us!
Just click on the image and scroll down until you see the vote widget!

Right now we are on position 46 on IndieDB top100 – we hope it’s a sign that we are making the right choices:

Tks to all the people that are watching and maybe downloading our BETA .

Remember that we are on STEAM so, if you like us, PLEASE SUPPORT! ^_^